Flash is Dead – Here’s What to Do Now

Flash is a multimedia software platform that was once a dominant force on the Web. Adobe Flash has been used to develop and play animations, audio and video content, games, and web apps.

Once upon a time you could barely get around the Web without the Flash extension installed on your web browser. Being without Flash meant videos wouldn’t play, slideshows wouldn’t get displayed, and interactive websites wouldn’t load. Flash ruled the Web’s interactive content and its success led to its eventual purchase by Adobe in 2005.

Yet today Flash is dead (or dying). It is slowly being abandoned by Adobe and bug fixes are scheduled to cease completely by 2020.

This poses a difficulty for older websites with Flash based content. Many computers (and most mobile devices) cannot play Flash content and many users have no interest in installing the once dominant software. If your website is depending on Flash for multimedia content it may not be viewable by the majority of your visitors.

If you find this article helpful consider giving it a share ?

By the way, the good people at SEO SiteCheckup have developed a Flash test. You can go ahead and test your website for Flash usage there.

What exactly is Flash?

Flash began as a vector based drawing program developed by FutureWave. The company quickly realized that vector-based web animation could be a strong contender to Macromedia’s Shockwave player. Thus the vector-based web animation platform was born. It was dubbed “FutureSplash” and was the infant version of the Flash we know today but it wasn’t yet a powerful contender in online multimedia playback.

“FutureSplash” was eventually purchased by its competitor, Macromedia, and was rebranded as “Macromedia Flash” in 1996. It was Macromedia that began distributing Flash as a browser plugin for playing back Flash content online. Macromedia added scripting, alpha transparency, and other features as they transformed the vector-based web animation platform into a full featured web application tool. Webmasters and users took notice and adoption skyrocketed. No other software was this powerful with such a small download size.

In 2005 Adobe purchased Macromedia and their entire product line. Adobe significantly increased Flash’s scripting abilities and even added 3D support. Adobe got in at the height of Flash adoption but they have also been at the helm for its sudden demise. Adobe saw it coming. In 2008 Adobe built off of some of Flash’s technology to develop the first version of Adobe AIR. Adobe AIR’s online gaming capabilities were far beyond Flash’s and has received numerous awards. AIR is the gaming successor to Flash. But what is the multimedia successor? Well, HTML5, of course. Today even the Flash development tool has been renamed to reflect the fact that most developers are using Adobe AIR to develop HTML5 content rather than Flash content.

Flash is dying. Adobe has announced that Flash development will discontinue completely by 2020. In the software world this is considered “end of life”. Adobe is abandoning Flash to the software graveyard.

The cause of Flash’s death was multifaceted. But it didn’t die a natural peaceful death. In a sense, Flash was euthanized by the tech community that helped create it because it was a permanent security risk.

When a web browser loads a Flash file Flash runs its own process with its own memory within the web browser application. Hackers are constantly finding new methods to use Flash to jump to a specific memory address on your machine… and take control of your entire computer (not just the web browser). There have been numerous such “zero day” flaws found in Flash. The updates have come fast and furious from Adobe, Microsoft, and others in an attempt to bandage Flash’s gaping security wound. Even so, the security risk runs deep in just how Flash functions. Adobe eventually came to the conclusion that the best way to salvage the software was to use elements of it in Adobe AIR rather than continue Flash development itself.

Even as Flash security risks were first being exposed Apple released their revolutionary smartphone, the iPhone. The iPhone did not support Flash and Steve Jobs famously stated that it never would (it still doesn’t). As mobile web browsing increased and Apple led part of the charge a large percentage of mobile users had no way to easily play Flash content. Apple didn’t want Flash to run on their iOS powered devices because they did not want them to be dependent on third party software, vulnerable to known security flaws, or experience unnecessary power drains.

Apple didn’t only push Flash to the sidelines of mobile web browsing (which now makes up the majority of web traffic), they also contributed to its replacements.

The HTML5 project was begun partially as an attempt to enable multimedia playback without external plugins. In combination with CSS, JavaScript, openGL, and other technologies HTML5 has successfully usurped standard media playback using Flash. HTML5 means there is no reason to use for Flash for normal media purposes. By using HTML5 <video> tags, for example, HTML5 instructs a web browser to play video using its native capabilities. HTML5 and its accompanying technologies were the nail in the coffin for Flash.

The rest of the Web is – why not you too? The World Wide Web is abandoning Flash for good reasons.

The majority of Web users will not be able or willing to play back your Flash content. If you have a video introduction your mobile visitor can’t view it. If you have a slideshow of previous work your average visitor won’t play it. If you have a proprietary web app using Flash many visitors will just bounce to another site. You are losing traffic and your site ranking is hurting.

Your Flash media is a security risk for every visitor to your website who runs it. It doesn’t take a complicated hack to use an outdated Flash plugin playing your content to hijack one of your visitor’s computers. Your visitors are being hurt. You exist to make others’ lives better, right? So its time to bury Flash on your website.

Finally, the technology to replace your Flash content is freely available. It runs faster, is more secure, and uses less energy. A move to open source vector-based multimedia content can improve your website’s indexability, security, and user experience.

It is time for you to leave Flash behind.

What do I use to replace Flash’s functionality?

Flash can usually be replaced with the three technologies that are commonly used on every modern website – HTML5, CSS, and JavaScript.

Audio and video playback was one of the most common uses for Flash Player. If your website is still using Flash to play audio and video files you can replace it with HTML5 exclusively. Just use the HTML5 <audio> and <video> tags.

Flash began as a vector-based graphical platform and at its heart it still is. HTML5 now includes an <svg> tag that allows you to write vector-based graphics that will be drawn natively by the web-browser. With JavaScript and/or CSS the SVG can be automatically manipulated to animate the vector graphics without redrawing the artwork completely with every change.

Proprietary web apps written for Flash will be the most costly element for you to replace but you should still do it. HTML5, JavaScript, and CSS are more than capable to fulfill simple web app needs without the security and memory risks associated with Flash. Due to Flash’s security risks web apps should be replaced as soon as possible to avoid any client data theft. Your web developer (or Rystedt Creative) can make some educated recommendations for how your particular web app can be replaced with current open source technology.

Need to replace Flash on your website? Your next step is as easy as contacting us. 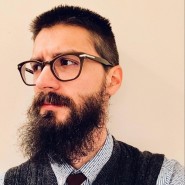 Joshua Rystedt has been assisting businesses and organizations with their online needs since 2007. Since that time he has grown his online services from part time freelancing into a career. Joshua also has a diverse list of technical skills beyond the web that include UNIX based system command lines to mobile app development. Joshua can be found creatively solving problems using today’s technology whether he is building websites and advising clients with Rystedt Creative or updating an iOS app and writing scripts for macOS and Linux on his own time. Joshua is also a student of religion, board member of multiple organizations, and insatiable reader.