Font what? Fontology? Typography? What does all this mean?

So, back to the title: “Fontasia” – simply means to shine some light on a bunch of characters! In doing that, we will briefly study various components of font families – “Fontology”. Additionally, we will touch on the construction of how types are drawn so that we can better identify them – “Typography”.

If you find this article helpful consider giving it a share ?

Font families are subgroups of fonts or type sets. Identifying these is a huge step in communicating with your designer about text. The most common font families are Serif, Sans Serif, Script, Blackletter, and Ornamental.

Serif is a type face that has little extra strokes found at the end of main vertical and horizontal lines. Serifs can be hairline thin, square or slab, or wedge shaped. The serifs are also bracketed or unbracketed. Think of it this way – Serif fonts have hats and shoes and gloves – extra strokes and extra character.

Sans Serifs are fonts without serifs; sans from the French meaning without. Sans fonts have simple, clean lines. There are several variations from fun to business. This crisp font style is very common on screen text whereas serif type is more common in printed material.

Script typefaces are those designed to resemble handwriting, with styles ranging from formal to whimsical. The characters of some Script typefaces are connected. Script fonts have designs resembling that of using a variety of writing instruments, such as a brush or calligraphic pen. Script typefaces should not be set in all capital letters and are generally reserved for announcements or invitations.

The Blackletter classification of fonts may be referred to as Old English or Gothic. This is a style of text used by scribes throughout Latin Christendom during the Middle Ages, and used in Germany until World War II. Blackletter typefaces are ornate and complex and can be difficult to read. They are generally used for diplomas, certificates, or as initial caps at the beginning of paragraphs or chapters.

These are sometimes called symbol typefaces, or glyphs. Ornamental fonts can be subsets of font families. Ornamental typefaces contain decorative ornaments, pictures, or symbols for some or all of the characters. They can be used to add embellishments or add pictures to text without importing graphics or used to add mathematical or publishing notes. There are musical fonts, animals, and almost anything you can imagine:

Each font family can have multiple subsets of attributes, such as Bold, Italic, Condensed, Extended, and a combination or pairs of these. For instance, Avenir is a clean sans serif font family which contains characters that take on attributes such as Bold Italic Avenir, etc. Think of it like your family. You may all have the same sir name but the characters in your family can be quite varied!

How are letters constructed?

Understanding the construction of type will help you communicate effectively with your web or graphic designer.

Think back to the days of kindergarten when you were learning to write. Remember how some parts of the letters “went to the ceiling”, “stayed on the first floor”, or “finished in the basement”? Well all those visual descriptions have more technical terms in the font and type world.

The construction of typefaces is fascinating! By understanding the parts (like tails, spurs, loops, and brackets) you can identify a font. For instance, I was watching Hallmark and saw the text for the credits of a movie and I really liked the typeface. So I made note of some of the characteristics and then went on identifont.com and answered questions about it’s key features and found the font! Another website that is helpful for identifying fonts is fontsquirrel.com. At this site you can even upload an image and the program will identify your sample.

It’s worth some time considering what fonts to choose for you company or venture. Each style of typeface family says something about it’s design, use, and even history. Once you decide on a font, use it consistently in your print, web, and promotional work. Sometimes a font is what people remember!

Think about this: Popeyes, the fast food Louisiana style chicken restaurant uses a font in which the o in Popeyes looks like the cross section of an egg! Egg, chicken, not sure which came first but their name says something about who they are!

Have Some Fun With Fonts

Look around you at some text you like and make some notes about it’s construction using the list above. Then go to the websites mentioned and see if you can find the font. Once identified, create a logo, announcement, or note using the font correctly, whether it be suitable for a poster, invitation, report, or decoration.

Talk Fonts With Your Web or Graphic Designer

Next time you talk to your web or graphic designer, talk fonts! Be informed and use the knowledge you just gained from this article and your practice project. Include your font information when working with your web or graphic designer. If you are sending files, be sure to package your project and include fonts, or outline your text before sending. Just because you have a font on your computer does not mean your printer or web master has the same on his. There are thousands of fonts and different computer operating systems come with different fonts pre-intsalled. Know your fonts, talk type.

If your business or nonprofit doesn’t yet have set fonts for your branding, Rystedt Creative can help.

Every new website build through Rystedt Creative includes atmosphere design – including colors, typography, logos, and more. We’ll even send you the font source files so you can use them on and off the web! Contact us to get started or click here to learn more about our WordPress development services. 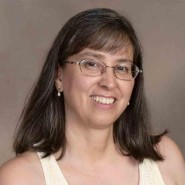 Anne-Marie Albaugh is a graphic designer with decades of experience reaching back to the days of literal cut-and-paste and the first word processors. With education in architecture and studio art, and experience in corporate business, graphic design was the perfect fit to incorporate her love of math, art, and people. She currently uses her talent to design material for a large printing company. Her heart for people and love of art extends beyond the keyboard however and into her family and home. If left to do as she wishes with time and resources available, you might find her quilting, gardening, writing, taking photos, or out with her hubby on music or dining adventures– unless of course she has opportunity to play with her grandchildren! Play-doh, painting rocks, planting flowers, cooking with the little ones is a joyous combination of art and family. “Art and beauty exists in every facet of life –from dinner presentations, the art on your walls (or on the refrigerator), the fascinating human body, design and craftsmanship with wood or sewing together of fabrics, singing and dancing with toddlers, expressing ideas and reaching people in writing, and so much more. Every detail, every masterpiece, brings us to the ultimate adventure–our hearts opening in awe of the amazing created world around us. How glorious!